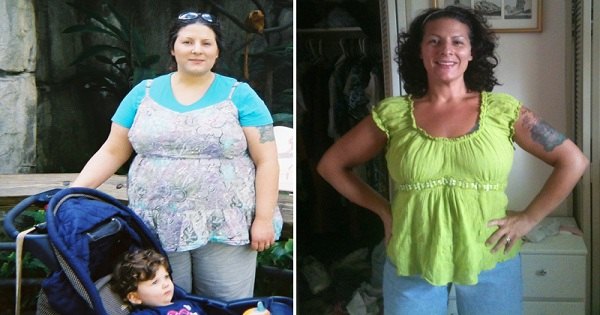 Lisa lost 125lbs. despite having PCOS 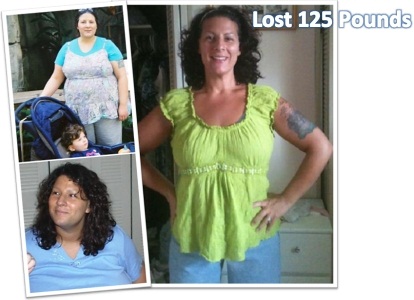 The Best Way to Lose Weight with PCOS is to, 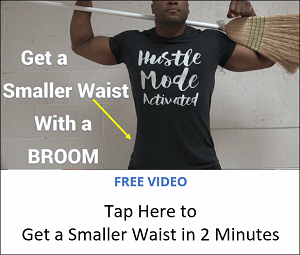 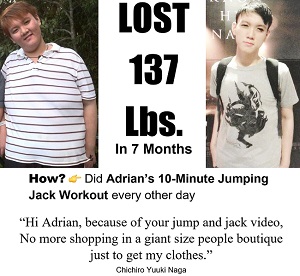 All of those will help you get rid of insulin resistance and
you don’t have to take all of them probably none at all if you
eat
right, exercise & lose weight but If you had to choose the
best supplements for lowering insulin resistance…

Start off by adding
Chromium,
Vitamin B3 &
Vitamin B-6
to your diet because a
deficiency in those 3 Vitamins & Minerals can lead to insulin resistance. 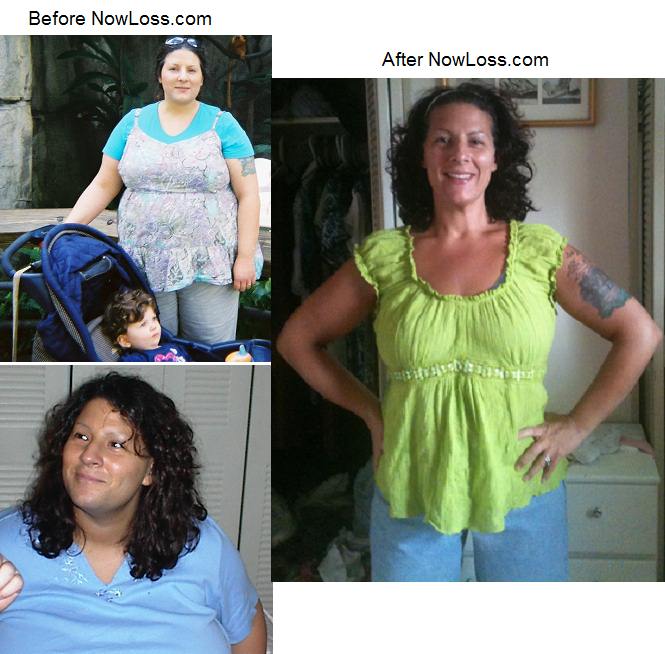 I’ve lost 125 pounds in one year. It was hard to imagine I could ever do this! Your website rocks,
and so do u! You really helped a LOT! It was exceptionally hard for me, being i have a metabolic disease called PCOS.

I am insulin resistant, meaning i produce to much insulin at a cellular level, and everything i ate, even salad turned to sugar, which then of course turned to FAT! BUT JUST FOLLOW WHAT
ADRIAN SAYS EXACTLY, AND YOU TOO WILL LOOSE THE WEIGHT! IM LIVING PROOF!Lisa Liebergott-Council –
Read her full story here

Iam with u dear …plsss go and conquer life i 2as left to tears wgen i saw ur story….god bless u…

Additionally. I am on no medications. I do have a food journal that I keep fastidiously. I not only chart my food but all my activity through GPS apps and other apps as well as pen and paper. I just read page 2 of this blog (what to do if you’re not losing weight) and I abjectly reject the example statement that just sitting around anyone over 200lbs can eat 2250 calories and maintain at 200lbs. Not only am I NOT eating that much a day, I am doing high intensity/low intensity and interval exercise, to the tune of several thousand calories daily and I’m STILL not losing weight. You’re telling me that I’m basically eating 4,000-5,000 calories a day. I am not. There is something wrong with this information. I think that many people with relatively normal metabolisms ARE sitting around, ARE miscalculating their food intake and when they make changes the weight drops off. I am not one of those and I suspect many others are similar to me.

ok, so currently you are working out for 3 hours per day with a 1500 calorie intake which from your question I can see you have triple checked that so lets start with the exercise…

have you been doing basically the same workout daily for a long time? if so then try these workouts becuase YOU and YOUR body could be use the same workouts you are currenltly doing and have become more effeicnet at burning less calories doing those workouts plus see these plateu busting tips

back to the eating – have you also tried an app to more accurately track yoru calorie counts? before you get frustrated please try another tracking method because at 200+ pounds your metabolism burns at least 2000 cals per day and on a 1500 ca diet will equal at least a pound a week

I have the same EXACT problem. Although I’m on Lasix for water retention,armour thyroid for hypothyroidism, and Phentermine for weight loss. Yet I have been stuck at 225 for a full year. I run 5k’s all the time, I am constantly working out and my calories are about 900-1100 a day. Yet I’m stuck. My doctor is completely baffled. If u would like to talk, and I’d love to talk to someone who is dealing with the same thing I am, please fund me on Facebook under Angel Britton Fears. I’m also on Twitter under Angel Fears. Please know I am in the same boat. I would love to hear from u. Maybe find a friend who knows how the other feels.

I have the same problem nothing ever works

I am in the same boat you guys are. Honestly, the only thing that helped was getting rid of carbs almost completely. I lost about 6 pounds in the past couple of weeks by following a near ketogenic diet. I’m 5’2″ and 157, currently.

Whenever I eat carbs in excess of 30gm per day, I immediately tick back up. Eating mostly fibrous vegetables and meat and dairy (even though I detest eating as much dairy as is recommended for keto) has helped so far. Now, if I could just keep the keto thing up. O_O;

My FB is my website, if you guys wanna add me to yap!

Mrs. J., I don’t have any advice for you, but just wanted to tell you I sympathize and feel your pain. In 2013 I weighed 138, and was a 4/6 clothing size. In 2014 I was 170 (no changes to anything I was doing), by 2015 I was 180; stayed there no matter what, towards the end of 2016 I was 212. Flash to today. I am 198. Understand that through the years nothing changed except as I got bigger I tried even harder. Most people go on a healthy diet and change. Not me. It doesn’t much matter how much or little I eat; I stay the same or gain. I exercise 6-7 days per week, eat clean, watch my carb intake, pay attention to only eat foods that have a low glycemic load… my dr won’t send me to an endocrinologist because “obesity isn’t an endocrine issue”! I got metformin from my weight loss clinic but it doesn’t work (lost 5 then gained 7!). One dr had the nerve to tell me if I was being honest and was really eating/exercising as I say I should’ve lost at least 20lbs. Really?! I meticulously enter everything that goes in my body, and I religiously work out. I had a registered dietitian say everything I’m doing looks great and maybe I’m just meant to be fat!!! Sadly, pcos is a women’s issue and the medical field is predominantly male. As such, not enough research is done on it. Especially where obesity and pcos is concerned we are all fat because “we’re lazy and not being honest about what/how we eat, and we’re not being consistent with workouts. Because face it, if we were telling the truth we’d be losing”. 😩. Anyway, just wanted to tell you, keep fighting and trying. Don’t let the letdown of dr.’s or the scale make you give up😊!

Thank you so much. I can relate to your post so well. You inspired me to not give up.

Hi guys, I’m in the same boat as all of you. I was eating 600 calories a day and going to the gym for about 2 months and still not losing weight. Sarahsday is a youtube channel run by a very healthy and fit 24 year old named Sarah and she does not eat gluten or dairy, and eats a paleo based diet so there may be something in that. Hang in there, you’re not alone!

I really like how people insist that you are obviously lying when you tell them your struggles.

I spent a couple years on keto, eating almost exactly 800 calories a day. I started at 300lbs and within 6 months I was down to 250lbs. That was it. My body rebelled against me. I started getting my period every second week. They came on hard and fast with plenty of bleeding and pain. I ended up in the ER and to my GP a bunch of times because the pain was so bad. I just got told the same thing every time: my falopian tubes were severely inflamed and just to keep going with the diet. I measured and weighed everything I ate and used My Fitness Pal to track it. I started getting constantly sick. Like easily catching colds and other bugs. I’d be so sick, I would sometimes not eat for days.

But still, I was magically still at 250lbs.

It defied everything I had ever read or had been told. Calories in, calories out. How the hell is that even possible?

I was told to go below 800 calories a day. That was the point in which I gave up. I got no help for anything. So fine if they didn’t believe me that I was properly tracking my every movement. But I had visible symptoms of something being wrong and I was just told to lose more weight. Nothing for pain, no advice on what I should do different, or god forbid, help for the depression I was suffering from all of this.

So now I’m back to eating 1,000 to 1,500 calories and back up to 300lbs. I’m not sick so often, my period has regulated, but I hate myself more than ever. I feel both like a failure and that there is no help.

I’m in the same exact boat. What the heck is wrong with us? I did low carb from Jan-July and lost NOTHING sams that’s with exercising interval training and weights 4-5 days a week. Now I switched to a low carb version of weight watchers. Lost 2 lbs first week and am up 2 lbs this week following strictly and exercised 5 days this week for 45 mjniytws to an hour each time. What more can we do??

Try intermittent fasting 8 hours window eating and 16 hours fast and do the ketogenic diet meaning you carb intake is from vegetables less than 30 g of carbs a day but you can eat healthy fats. It helped me a lot