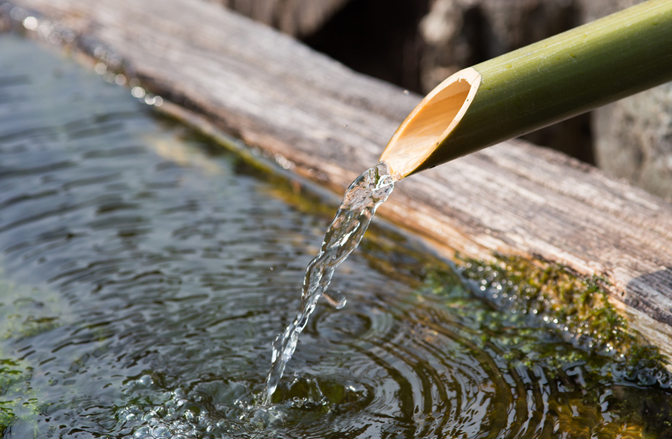 It truly isn’t your fault! You’ve been following all the rules of weight loss, just as your doctors, trainers, programs, magazine articles, and diet books have told you to—it’s just that you were handed a pack of misguided advice. You don’t lack willpower or possess some sort of personal weakness. There isn’t anything wrong with you—what’s wrong is the diet advice that has been widely spread since the 1950s.

Incredible as it might seem, most of the multimillion-dollar diets on the market are actually designed with inherent flaws that cause them to backfire. The main mistake that these diets make is telling you that the key to losing weight is to cut calories, eat a low-fat diet, and exercise more. While it’s possible that the diet industry is set up to fail you so you remain forever dependent (as some conspiracy theorists posit), the mantra to “eat less and move more” is so ingrained in our society and has been around for so long that I’m not sure the folks who design most weight-loss programs even realize that their advice is misleading.

Furthermore, there’s an additional problem when it comes to women over 40. Even if a weight-loss plan is on the right track, most women over 40 find that this strategy, though successful for many, ultimately backfires for them.

The Irony: Women over 40 need to both cut Sugar Calories and add Sugar Calories (carbs) to repair their metabolism and balance out their hormones and neurotransmitters. How do you do both simultaneously? There lies the biggest irony no other weight-loss program has talked about, until now.

First a couple of key definitions:

What is serotonin? Serotonin is a chemical messenger (also called a neurotransmitter) that is responsible for modulating and controlling the effects of appetite, food cravings, impulse control, motivation, and mood.

Throughout my career, and especially over the past decade, I have gained a wealth of information from my clients. Specifically, two critical issues have come to my attention. First, the large majority of my clients are women and, notably, most of them are over the age of 40. Second, while many of my female clients initially have had great weight-loss success on my past programs, such as The 100™ (for rapid results) or The Belly Fat Cure™ (my core weight-loss plan), they would inevitably say they hit a plateau or were not able to keep the weight off in the long run.

As I observed these women struggling, blaming themselves, and needing extra help to get back on track, I began asking myself if they needed more motivation or support in some way—or was something else going on? What was missing? I knew it couldn’t be their fault. I know that my clients, like most women, are deeply sincere and motivated to make a change. So what else could be going on here?
Low Seroronin Levels

That’s when I turned my attention to researching scientific studies aimed at women over 40 and weight loss—I was shocked by what I discovered. The bottom line is twofold. First, previous dieting efforts by way of dramatically cutting calories make weight loss nearly impossible because it recalibrates a person’s metabolism to constantly fight back. Second, when serotonin is low, it causes people to uncontrollably crave carbs (or Sugar Calories) and many women over 40, especially those in pre- or perimenopause, have just that issue going on—low serotonin. Bingo.

The light bulb went on: It wasn’t a lack of self-control or a lack of motivation that these women were struggling with, but a natural, biological imperative to consume sugar and carbs to solve the problem of low serotonin. This is where I saw the irony: women need to cut Sugar Calories to lose weight yet still have Sugar Calories to keep their serotonin up, which inevitably repairs their broken metabolism.

I started talking to my clients and going through my years of notes from the women I have worked with in the past. I was blown away by my findings—if women were over 40 and dieting, they were all feeling “off” and had trouble sticking to a plan long-term. All of my research pointed to the fact that it was due to low serotonin.
A Weight Loss Contradiction

It wasn’t their fault, and it’s not your fault either. All women over 40 must add Sugar Calories in their diet to feel good, even though they need to cut Sugar Calories to lose weight. This contradictory situation women find themselves in is what led me to an amazing study from researchers at the Genesis Prevention Center at the University Hospital in South Manchester, England, which helped me create the plan in my book, Happy Hormones, Slim Belly, called Women’s Carb Cycling™.

These researchers noticed that when women in their study restricted what I call Sugar Calories in their diet for just two days a week, they lost nearly twice as much weight and body fat compared to women who ate an overall calorie-restricted diet (a Mediterranean-style diet with 1,500 calories per day) all seven days of the week. Another striking benefit to using this strategy can be seen in that the dieters who cut Sugar Calories for two days a week reduced their insulin resistance by 14 to 22 percent, while the blanket calorie cutters saw only a 4 percent improvement.

These British researchers have revealed a dieting strategy that has never before been commonly prescribed to women, but which appears to be extremely successful. The results: by cutting Sugar Calories for just two days of the week, these women were able to reset their bodies so that they were at maximum fat-burning mode and minimum fat-storing mode. Furthermore, by returning to healthy eating, which includes intermittently adding back carbs, the women were able to satisfy something that is missing on most low-calorie diets—they were able to feed their serotonin receptors (the “nirvana neurotransmitter”).

In Happy Hormones, Slim Belly we delve into the science behind serotonin and the other hormones that keep your weight loss on track. For now, just know that serotonin is critical in keeping you both happy and slim for the long-term. This method of Women’s Carb Cycling™ is critical because it addresses the weight gain, belly fat, mood swings, and sugar cravings caused by the wild hormonal fluctuations that women over 40 experience.