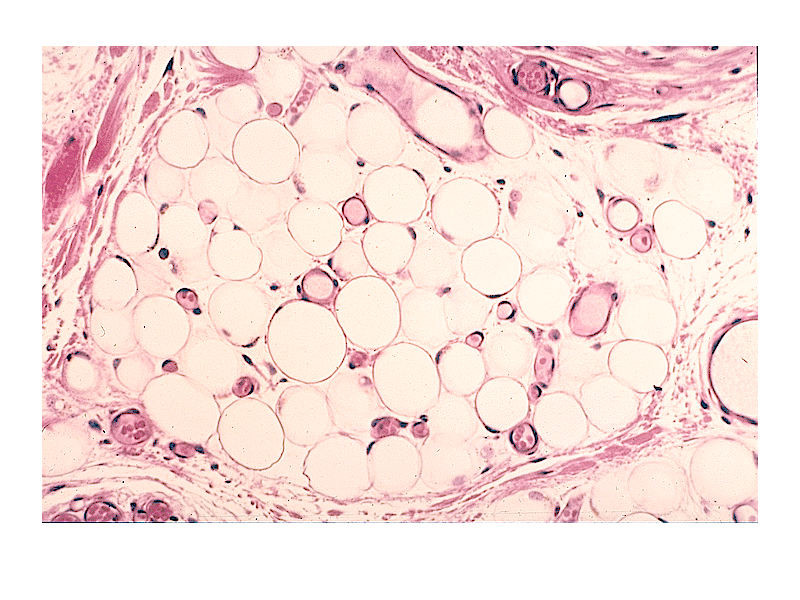 Researchers from MIT and Brigham and Women’s Hospital have developed a nanotech-based treatment to deliver obesity drugs to fat tissue with minimal side effects. Drug delivery guru Robert Langer of MIT helped lead the research.

There are two types of adipose tissue, white and brown, the former of which stores fat in cells and the latter of which burns fat. The drug the scientists used–rosiglitazone, which is FDA-approved for diabetes but not obesity–can convert the white tissue to brown, with a net weight loss effect. Overweight mice treated with the drugs lost 10% of their body weight over 25 days.

Normally, the drugs, which promote the growth of new blood vessels, are harmful to the rest of the body, but by targeting them directly to the adipose tissue, the scientists were able to keep the side effects to a minimum.

The nanoparticles hold drugs within a polymer shell embedded with targeting molecules that bind to proteins in the lining of the blood vessels surrounding adipose tissue.

“The advantage here is now you have a way of targeting it to a particular area and not giving the body systemic effects,” Langer said in an MIT news release. “You can get the positive effects that you’d want in terms of antiobesity but not the negative ones that sometimes occur.”

Langer worked with frequent collaborator Omid Farokhzad on the project.

The team will next look to design an oral version of the drug (it’s currently intravenous) and to target more specific adipose tissues.

“This is a proof-of-concept approach for selectively targeting the white adipose tissue and ‘browning it’ to allow the body to burn fat,” Farokhzad said in the release. “The technology could then be used with other drug molecules that may be developed or other targets that may come up.”